Today the sting of the Snap is lessened a little by the release of the first trailer for the MCU’s big gun, captain Marvel. Where has she been? What’s she been doing? Will she be able to avenge half of the universe? The trailer gives away none of this and for that, I’m grateful!

Watch the trailer for yourself. You’ll get glimpses of Carol’s past, the mystery of where she’s been and what happened to her in quick snippets and even a bit of the films probable enemies, but not too much of anything. It’s nice to not have the whole plot given away by a trailer and I hope this holds for subsequent ones that will pop up between now and March 8th.

The Poster is perfect with all the emphasis on the Captain and her symbol that was hinted at the end of Infinity War. The best part though? A cat’s butt, walking it’s way out of shot. Though, there’s a chance this isn’t even a cat at all, but something… else. It could also be a subversive way of Marvel hinting at the future introduction of mutants, but I’m probably reading too far into this. 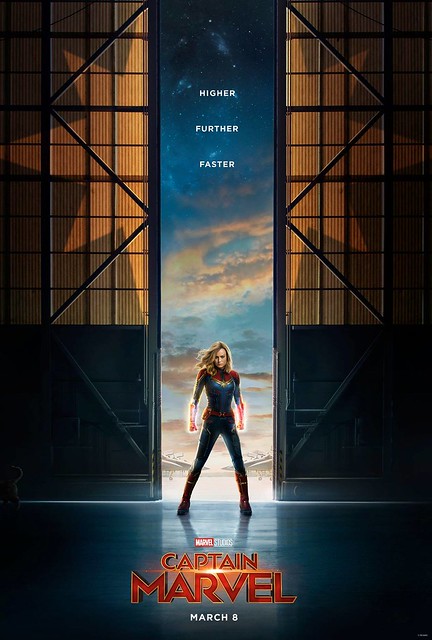 It’s going to be a long wait til March 8th and even longer until Avengers 4 in May, but today, it got a little bit easier.