I put off this post as long as I could, but Labour Day was officially the final day of the Summer Of LEGO 2018. Sure, it’s a thing I made up and I can start and stop it pretty much whenever I want, but hey I don’t makes the rules. Except… I do.
It’s still over.

The last 64 days have been a hell of a ride with as many ups and downs as this roller coaster. One, two, three, four… OK, maybe it had more ups and downs than this set. I built a lot of great sets, played some fun games and had many a moment of frustration from this side of the hobby. I’ll list this very set as the last of those frustrations.

I don’t have a designated build area right now and I won’t until I get that portion of our basement renovated, so I usually just build on the couch with a tray on my lap or on the floor with said tray to keep parts from taking off with cat thieves. However, I don’t remember ever doing a nearly thousand piece 3-in-1 Creator set and that many pieces without smaller numbered bags was too much for my usual space and certainly for my back. It took me nearly three times as long to assemble as it normally does. Man, I’m really spoiled. 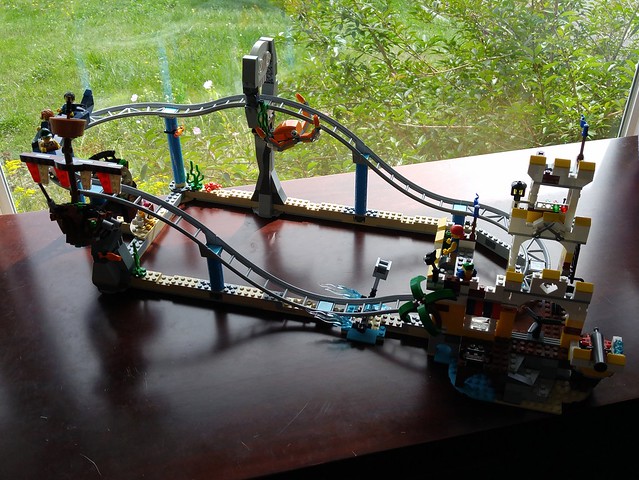 Still, upon completion this set is instant fun and I have to admit I was a little surprised at how well the roller coaster cars and tracks work. And while that’s great and all it also sucks for me because now I really want the full sized Creator Roller Coaster. I had really hoped to avoid falling for that set, but here I am, wanting it way more than before. C’est la vie!

Just because the Summer Of LEGO is over doesn’t mean I won’t be busy I’ll have more time to watch for awesome builds to highlight, new products to feature and more site updates and in depth articles to write. Hell, maybe I’ll even be able to do some building of my own again! Plus, I also have to deal with the after math. Sixty days worth of set building to break down add to the previous parts pile and sort. I’m committed to having that done before year’s end. Or at least before SOL 2019!

So, thanks for riding along this summer and let’s do it all again next year!