Many people would argue that the Doctor wouldn’t be considered a super hero, but he displays characteristics of many of the greatest comic book heroes and more importantly, their flaws.

He’s an alien with a strange physiology and abilities far beyond a human, but he looks just like us. He travels the universe, in varying degrees of control over the vastness of it’s volume and the depth of its histories and futures. He is in some respects, a god. Not bound by a linear perception of time and not hindered by the magnitude of knowledge and civilizations of the countless worlds in his universe or the incomprehensible void in the spaces between.

Also, she’s woman now, so that should be cool. I mean, they’ve only been setting it up for years and talked about doing it for decades. I’m honestly surprised it took this long.

Anyway. If you don’t think they’re super enough in their own skin, then I present to you exhibits A and B. The TARDIS and the Sonic Screwdriver.

I’d bet on a sonic over an Iron Man suit any day and the TARDIS is like the a Fortress of Solitude and a Death Star’s worth of power and tech, crammed into a phone booth in what could only be described as the nerdiest frat stunt in history. Plus, the TARDIS is basically a the Jupiter 2 powered by the Infinity Gauntlet, or at least half a gauntlet. One third at bare minimum, time AND space, people!

Thanos may be able to snap and destroy half the life in the universe, but the TARDIS has the ability to blink the entirety of reality out of existence by just pushing the wrong button. It’s exactly what the OTHER white-haired, crazy, time-travelling scientist warned us about. No, not Rick. The other, other one. Except the TARDIS delivers on that existential nightmare. That’s right, the Doctor is a nerdy bad ass. One that flies around in the most powerful Deus Ex Machina in the universe and carries a spare in his pocket. 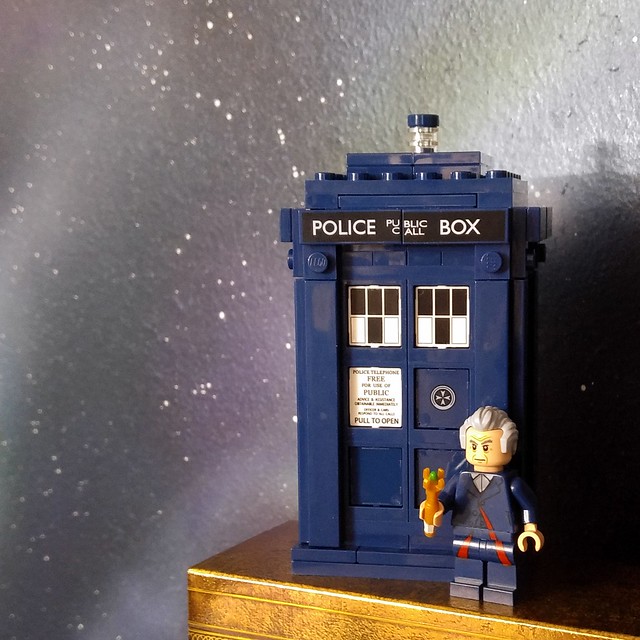 The most important factor that makes the Doctor a super hero? They’re always just one decision away from being a villain. You choose to be a hero. And for the Doctor that’s a daily reaffirmation.

I’ll be forever grateful that LEGO Ideas brought this set to the world. I only wish we could get more LEGO Doctors, but you can’t always get what you want.