Thursday this week literally went to the dogs. DC and Marvel both have some crazy canines and we decided to spend the day with as many as LEGO could give us. 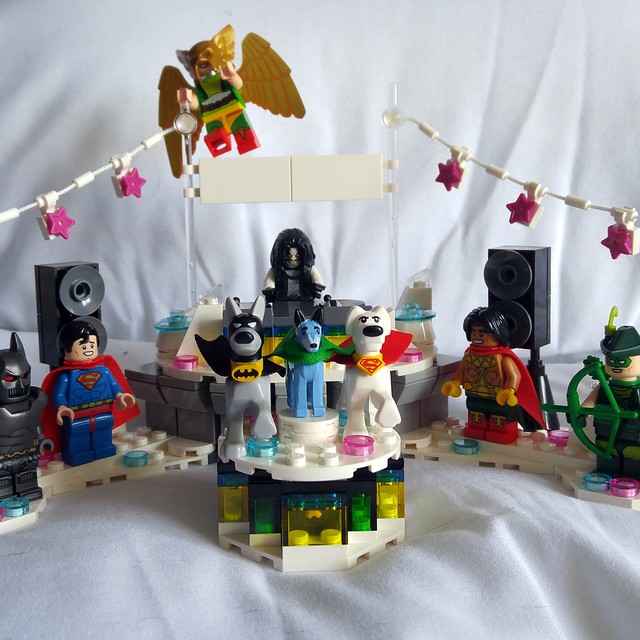 I built the three sets LEGO has released with super dogs over the last year. The Talon set has great figures and they’re all new. A few neat parts, but Batman’s ATV thing is ridiculously big and pointlessly bulky. Lobo’s bike is similarly too large, but it looks pretty cool. The Kryptonite pod that’s supposed to attach to the Luthor mech just looks dumb when you do so. It should have been desinged as less of an after-thought. It’s nice to get the main man himself, though. The Party set is fun with a lot of useful bits and some great figs in their classic looks. The tiles that look like records with the Bat-symbol are awesome, just… awesome.

The stars for the day are the dogs. Ace and Krypto are similarly designed with unique heads on what is essentially Scooby Doo’s body. I like the tiny capes they made for them as well, but Wonder Dog is different. It’s a recoloured version of one of the newer dog molds. Still, just a regular dog. I guess if they gave him a unique head he’d just look like a blue Scooby. Still cute though. 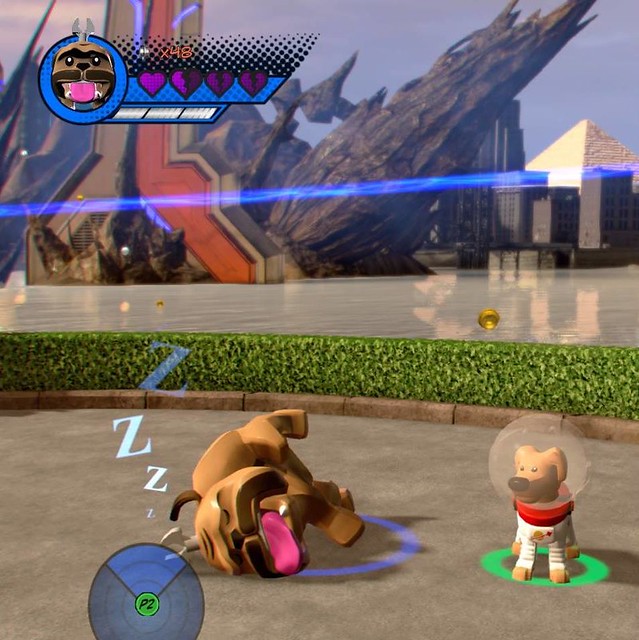 Also, we grinded away at LEGO Marvel Super Heroes 2 for a few more hours today and unlocked both Lockjaw and Cosmo. We played them as much as possible, considering they have limited abilities for interactions in game. Still though, we plug away…