I’m getting kinda burned out on blind bags. Usually I want a complete set and that makes it a bit easier, but this time I only want 8 of the 12 in the Unikitty! series. I have no interest in Prince Puppycorn or whatever his name is, so I’m trying to avoid any bag that has that ball he has for a tail. At least I’ve been that lucky so far.

I have every Unikitty that’s been released, save the recent SDCC exclusive, so I want to get all eight in this series. I don’t want a bunch of spares though, so I’m trying to get at least 5 or 6 and then I’ll pick up the last couple on Bricklink. I had thought of getting them all on BL, but they seem to be running around $6+ CAD, so I’ll try to ween it down first.

One spare in the first four and I got one of my favourites, the new Angry kitty. I gave the spare Camo Kitty to my son and now I need to find my favourite, the one I’m calling Godzilla Kitty! I love the bases too and it’s great that they include extras of the tiny bits as the Collectable Minifigs don’t, unfortunately. I’ll see if I can get 2 or 3 more some other time and then off the Bricklink! 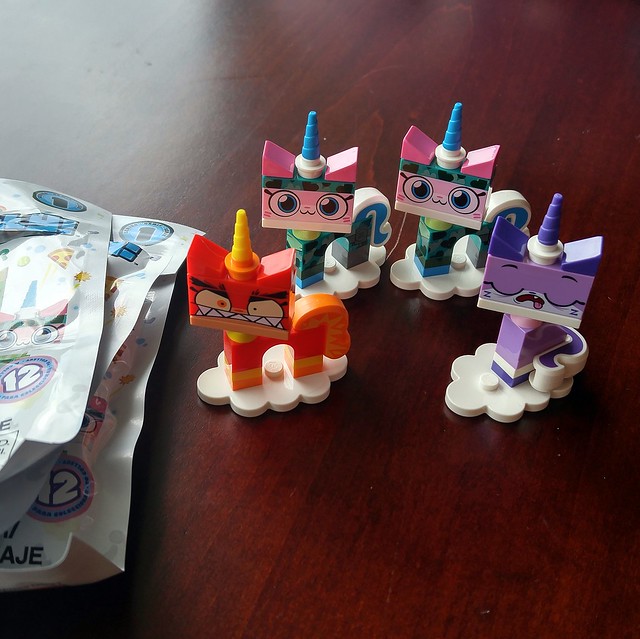