LEGO is really doubling down on using the ‘Master Builder’ title and why not? It’s very recognizable now and might even help them with sales. Playsets have been a real sticking point between LEGO and fans for years. Fans keep asking for certain ones, but the ones LEGO releases don’t seem to sell very well for various reasons. Hopefully this set will change that for the better. 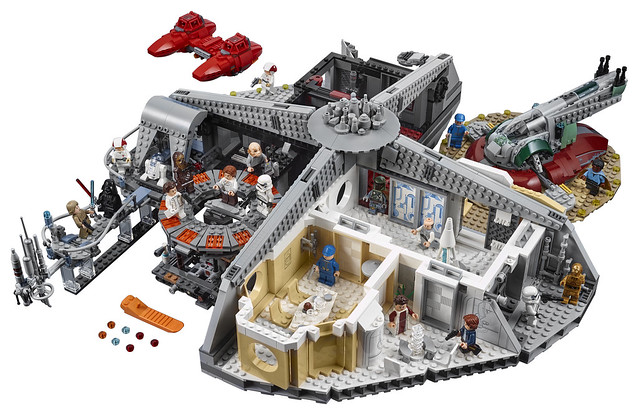 That’s right, LEGO is finally leaving the desolate world of Hoth in the freezer and moving on to the iconic Cloud City. It’s been fifteen years since LEGO did a “full” Cloud City set and they aren’t holding back this time. This set has practically everything a fan could want. Carbon Freezing Chamber, Bespin Cloud Car, possibly the smallest Slave I that can still fit a minifigure and an area to have the films greatest lightsaber duel, hands down. 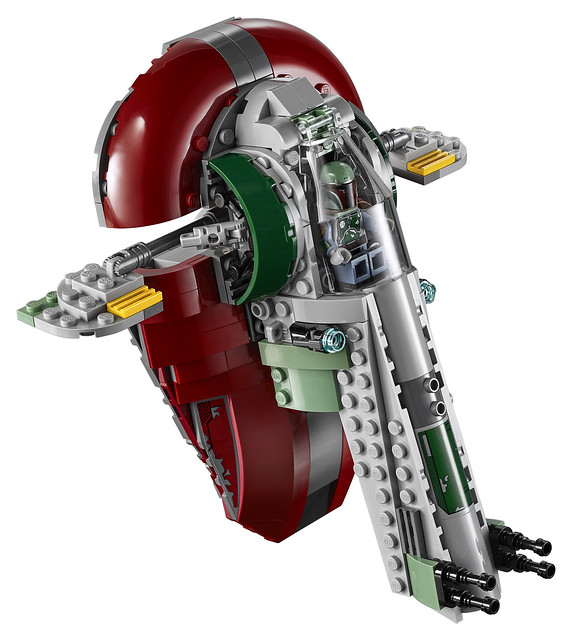 The highlights for me are Leia in her Cloud City attire, Lando and his bitchin’ space cape, smallish Slave I and what looks to be the same Boba Fett as the one in the UCS Slave I, but still… Boba Fett. 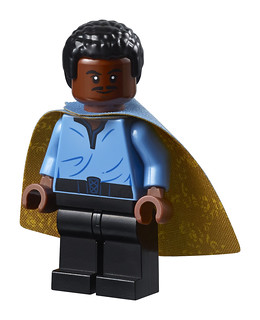 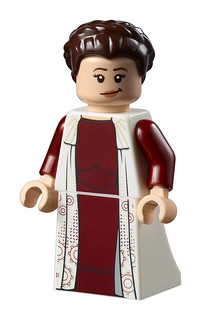 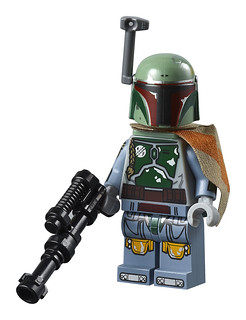 You can see all the pictures over on Flickr.

Here are all the details, from LEGO’s official Press release:

Relive a world of unforgettable moments from Star Wars: The Empire Strikes Back or add your own fun twists to the story with this LEGO® Star Wars 75222 Betrayal at Cloud City set. The amazingly detailed set is divided into 4 sections, each depicting scenes from the classic movie. There’s a landing platform complete with Boba Fett’s Slave I ship, a detailed promenade, a dining room with seating for 5 minifigures, a garbage processing room with incinerator, and a sensor balcony for epic Luke vs. Vader Lightsaber duels. There’s also a carbon freeze chamber with a function to ‘freeze’ Han in carbonite, an interrogation chamber and prison cell, a secondary landing platform for the Twin-Pod Cloud Car, and so much more. Add an astonishing 18 LEGO minifigures plus 2 droids to the mix, and you have a set that Star Wars and LEGO fans of any age would be proud to add to their collection. 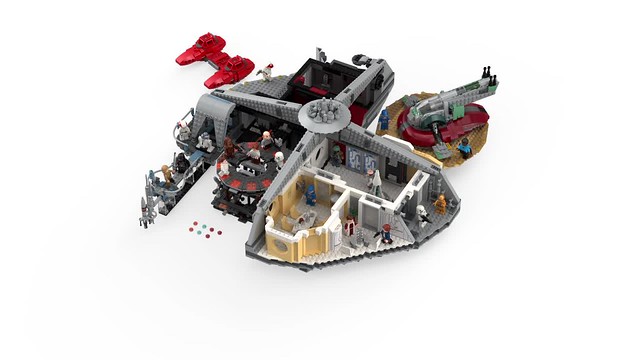 Will you be forking out your dough for this Empire themed playset in the clouds? 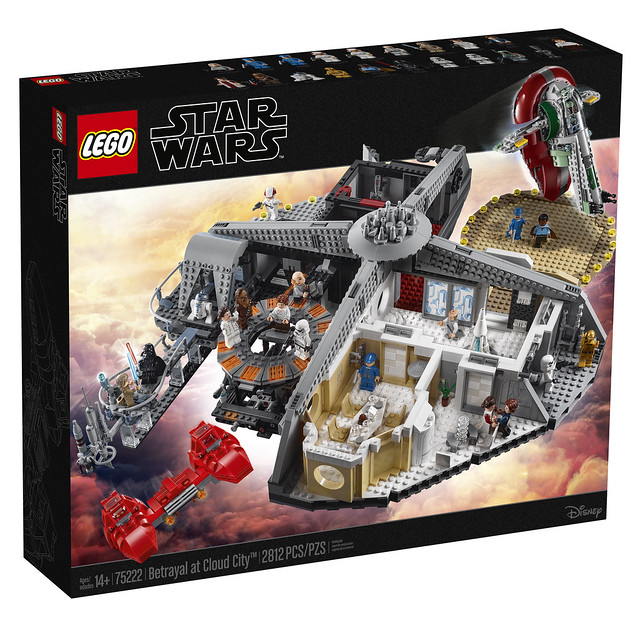