Day two of Super Villain Week marks the release of Avengers: Infinity War on Blu-Ray & DVD. So I thought that it was fitting to highlight the biggest baddie to date in the MCU: Thanos. The Decider.

Well, he does make the tough choices. Where the group should eat. What Battle armour to wear for what bi-lateral genocide he’s committing. Hat or no hat.

You get the idea. What he doesn’t want to decide is which half of the universe dies. He’s made the choice to do it, but the logistics of it are just too dauntingly soul crushing, so with a snap of his fingers, BAM! Random selection. Decide for yourself if that makes him more or less evil in his madness. 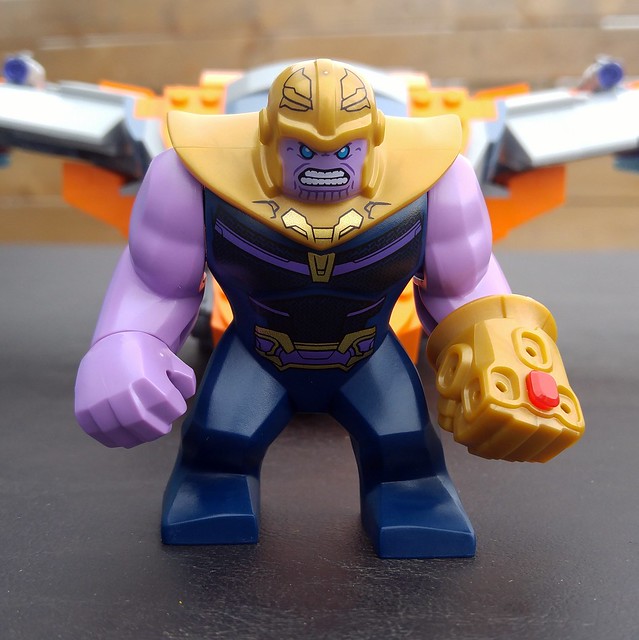 This big fig version is the second with the first being comic based. They went with the bare arms here, but left the shoulder armour and the helmet which is puzzling because he loses that in the first five minutes of the film. I’m left to guess that LEGO had to go with some preliminary art for their design. Either way, he’s pretty cool and I love the new Infinity Gauntlet piece you can put on him and pretty much any big fig. My Thanos isn’t ready to snaps his fingers yet as there is only the Reality Gem in this set. But you get four so I guess that makes him four times as good at creating reality television shows, or something. 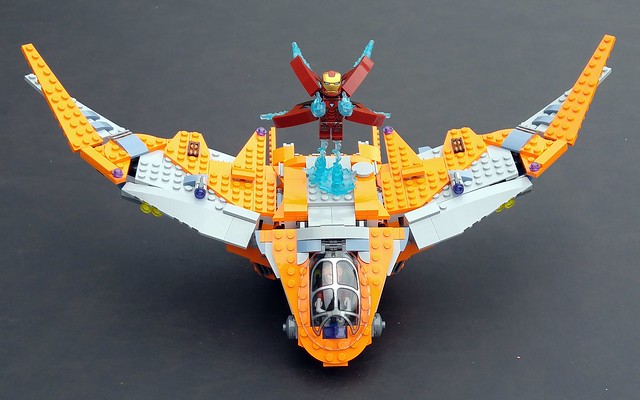 I like the design of the ship. I assume it’s the rebuilt and recoloured Milano, but I don’t think they ever really said. I really dig the techniques they used to create the shaping, but I miss having more blue to offset the colour scheme. It’s just so… orange. Feels like half a ship too, because the back half is the pod from the Thor set with Rocket and Groot. Looking forward to seeing it complete when I can. 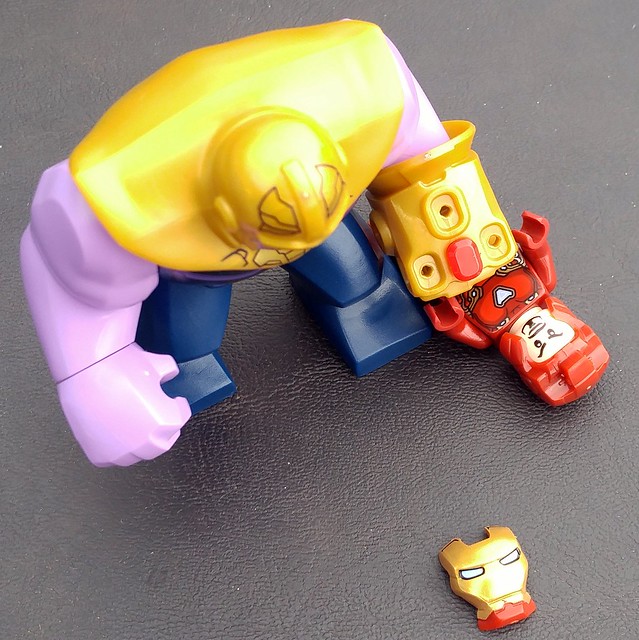 Honorable Mentions: Star-Lord, Gamora and the Batman of the Marvel sets, Iron Man. All good and Tony has yet another suit, this time with boosters, a printed HUD and all manner of nanite created junk. I really like the new back brace they made for the booster connections. I can see it being very useful in the future. Assuming any of these figs survive when my Thanos hits full power.