There’s a scene in Big, where an executive at a toy company is presenting a new concept. It’s basically a Transformer that turns into a building. Tom Hanks’ character points out that it’s no fun and kids wouldn’t want to play with it. Taking one look at this creature by Caleb Flutur, I think I’ll have to disagree.

It’s name is Steve and along with his gargoyle sidekick, he spends his time eating fish and taking long walks on the beach. This build has so much character and I really find it delightful. It takes something that I would normally think of as stuffy and makes it equal parts bad-ass and whimsical. My favourite detail is the lion head sculpture parts for the individual fingers. It’s clever and quickly puts the scale into perspective. I’d love to get a better look at this build and really take in the shaping and detailing.

It’s a fun idea and I hope to see the concept pop up more often. Well Played, apelcatrox! 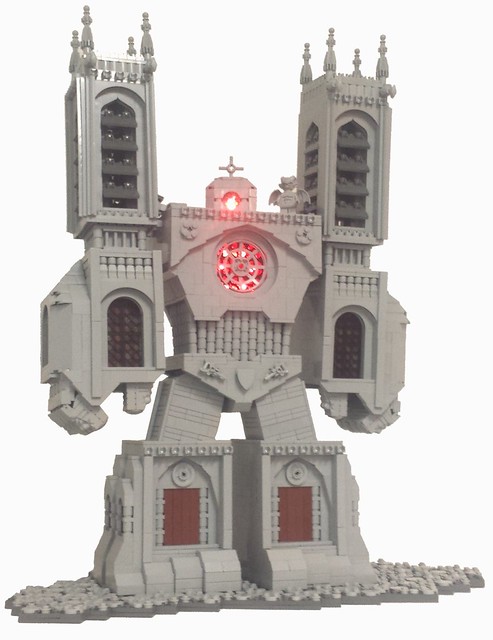