Did you see the announcement from SDCC of the line up for The Toys That Made Us season 3? Well one of those episodes is My Little Pony and so I present to you the only unbuilt pony related set I have. I think. Though, it did only take me about 30 seconds to put my hands on a pony themed set, so my collection could be 80% pony-centric. I’ll let you decide.

I’ve never had much interest in pony toys, but the new My little Pony cartoon is pretty funny based on the few episodes I’ve seen. Either way, I’ll watch the TTTMU MLP episode. Just because I didn’t play with the toys, doesn’t mean the episodes aren’t fun and interesting. As far as the set goes, I had no idea what it was even based on, but it was kinda cute and I liked all the fiddly bits. Apparently, it’s Belle from Beauty & The Beast’s pony. 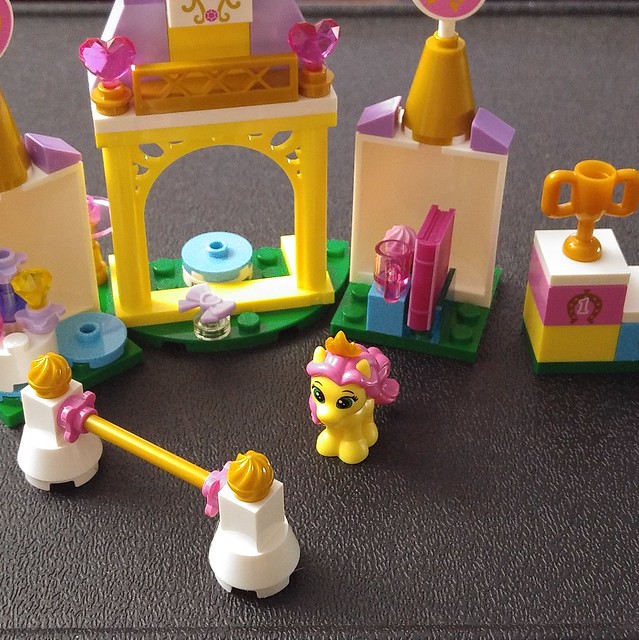