Kylo Ren comes across as a bit of a whiny fanboy in the new Star Wars films and I can totally see him asking this as he looks over schematics of updates Imperial Shuttle designs. Of course, as long as his credits are good, he’ll get what he wants and Kylo is all about getting what he wants.

I initially dismissed this polybag because I’m not a fan of the rehashed First Order vehicle designs. It feels less nostalgic and more lazy to me, but once they went on sale I picked a couple up and discovered they weren’t a bad parts pack. It’s mostly common but useful parts and it’s actually quite sturdy for such a small design. The best bit for me are the 1 x 1 studs with a stick on the side. That seems like an incredibly useful part and I want a ton more in both black and the greys. At least you get an extra in the bag so I’m up to a grand total of… 6. I have a bit of a way to go. 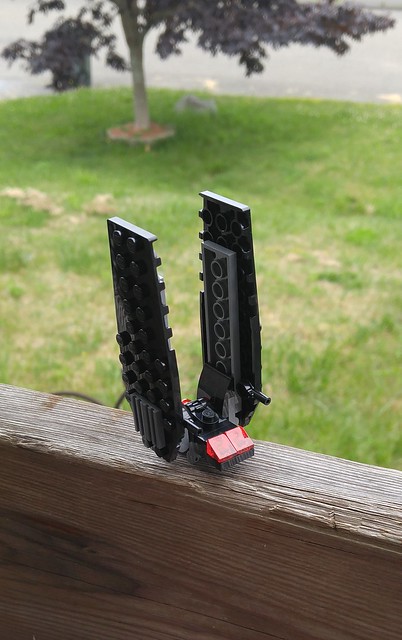