Remember yesterday when we looked at the Dilophosaurus set from the new Jurassic World film that made no sense because the scene didn’t exist and that dinosaur isn’t even in the movie . Well, guess what? It’s Déjà Vu all over again.

Not exactly last year, but back in 2015 when Jurassic World came out LEGO decided to make this set, introducing a new dinosaur. The only problem was the Dilophosaurus isn’t in the movie and the closest scene to what’s happening here was the gyrosphere encountering a pack of Ankylosaurus. If you include the scene where Owen uses a hologram of the Dilophosaurus to distract a raptor then I guess you can say it is technically in the film. Either way, this set should have have had an Ankylosaurus. 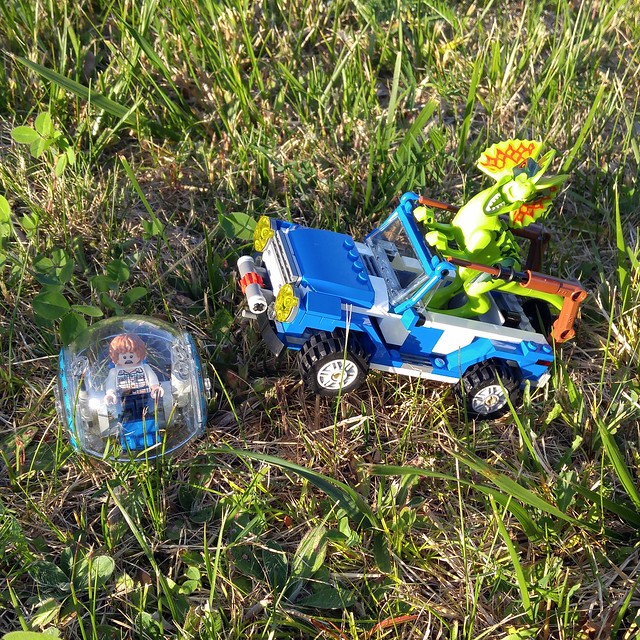 It was a nice set though. New dino, solid jeep design and that gyrosphere is super sweet, so I’ve re-tooled the set and renamed it Dilophosaurus Joy Ride. Unfortunately for the kid in the ball, Dilly has been playing a bit too much Rocket League. Sorry, Gray.