I’m posting this one a day late because yesterday just got away from me too quickly after we went to see Jurassic World: Fallen Kingdom. I managed to get this built in the evening, but completely ran out of steam to take pictures or write about it. So, let’s take a look at it now.

As a set, it’s still a bit small. Of course, you buy it for the dinosaur and this girl does not disappoint. The Stygimoloch is one of the stars of the film for a scene that is in no way recreated in this set. I won’t get into why today as I still plan on doing a review of the movie that touches more on the sets and how they portray it. Still, it hits a few marks that make these sets fun. 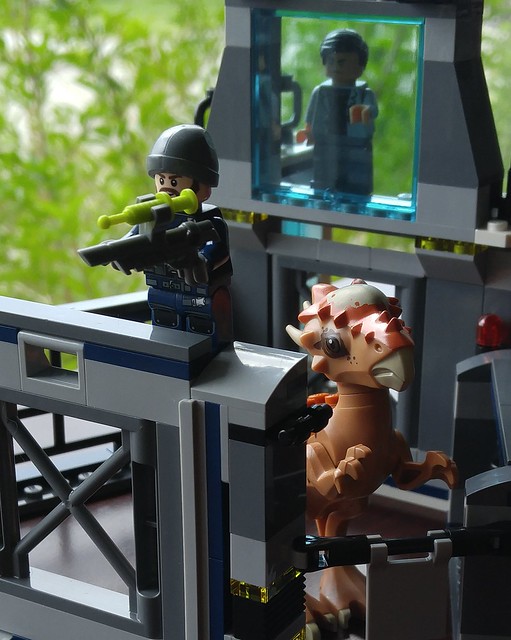 The pen is easy to pop open and the gate out front slides up and down if you wanted to dip the Styg underneath. There’s also a pop out panel under Dr.Wu’s office/lab area where you can have the dino bust through the wall… into the pen?

I like the Wu figure, sorry, Doctor Wu. I know he’s played as an antagonist in the films, but I really don’t think he ever wants anything bad to happen to the dinosaurs and all he’s concerned with is his genetic tinkering. He’s a mad scientist through and through. He can’t see past his very narrow vision of what he wants to accomplish. I probably just really like B.D. Wong so much I tend to give some of his characters a bit of a pass. 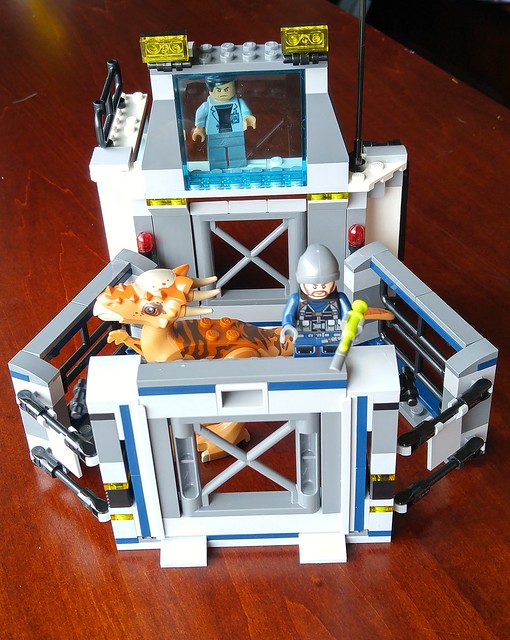 It’s not a bad set, but it doesn’t hold a lot of playability beyond the dino. If you see it on sale though, I recommend it for the Stygimoloch, the Wu fig and a decent assortment of parts.