June 8th is Ghostbusters Day in celebration of the film’s release back in 1984. I intend on watching the film tonight… again. LEGO celebrated by sharing this photo of the upcoming Ghostbusters Brickheadz 2-pack of “Slimed” Peter Venkman and his best pal, Slimer. I couldn’t tell you how many times I’ve watched the movie in my life. I’d already seen it a minimum of 20-30 times before my son became addicted to it at the very mature age of two. He was so obsessed that we were watching it at least once a week for about a year and every couple of days for at least a month or two. Needless to say I bought the Ideas Ghostbusters set and have one put away for him as well, so I’ll definitely be picking a couple of these up when they become available on July 1st. 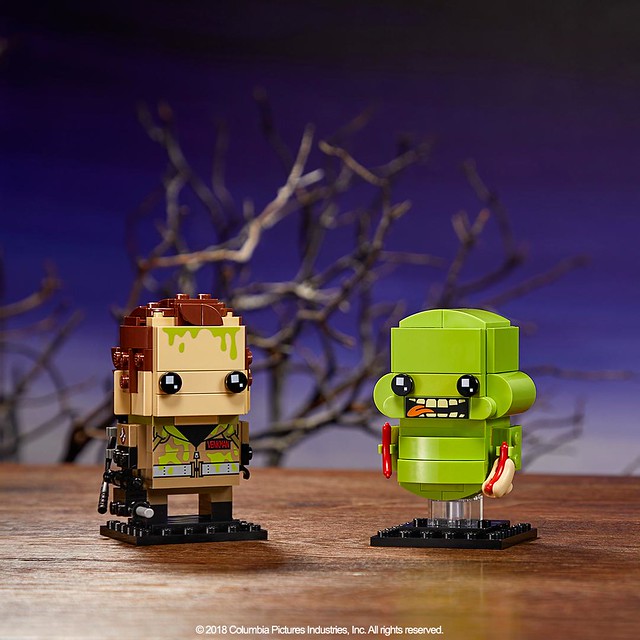