When I first saw The Toys That Made Us pop up on Netflix, I thought it seemed right up my alley. G.I. Joe made up the lions share of my toy box back in the day and I have fond memories of playing with Masters of the Universe toys at friends houses and I’m pretty sure I watched that Star Wars movie they talk about in the first episode. As a major nerd, I even played Barbies a few times with the neighbourhood girls when the boys were off playing sports ball. I always played The Doctor, so I was still doing my own geeky thing.

The show is as informative as many standard biographical documentaries, but far more entertaining. Of course it doesn’t hurt that the subject matter is inherently fun. For me the best part of The Toys That Made Us wasn’t the nostalgia it blasts you with, it was the fact that it helped me introduce my son to watching biographical documentaries. He’s 10 and that’s a difficult age to watch something generally considered ‘boring’ even for many adults. Since blowing through season one, he’s asked to watch Ghostheads, Back In Time: A Back to the Future Documentary and Jedi Junior High. This is a great gift to me as anything geeky/nerdy that I can share with my son is incredibly important to me.

When I saw the announcement that the second half of the series would be Star Trek, Transformers, Hello Kitty and LEGO, I was blown away. If you switched out Hello Kitty for G.I Joe from part one, That’s basically my childhood in a nutshell. Did I have other toys? Of course. I had a little of everything from Rambo to Max Headroom and I had a bunch of A-Team and Teenage Mutant Ninja Turtle toys, but the Joe’s, Tranformers, Star Trek and LEGO always stand out in my mind. As you may have guessed, I have a few more LEGO bricks than I did back then, but I have a massive collection of Star Trek toys that are unfortunately boxed up and packed away to save space.

As much as I was looking forward to it, re-watching the previous episodes and enjoying the daily count down on Facebook, I was unable to launch right into the second part of the series until today. I briefly entertained the notion of saving all four episodes and binge watching them with my son on Father’s Day, but I couldn’t wait that long. So tonight we watched the LEGO episode as a family. Here’s our takeaway from the episode. 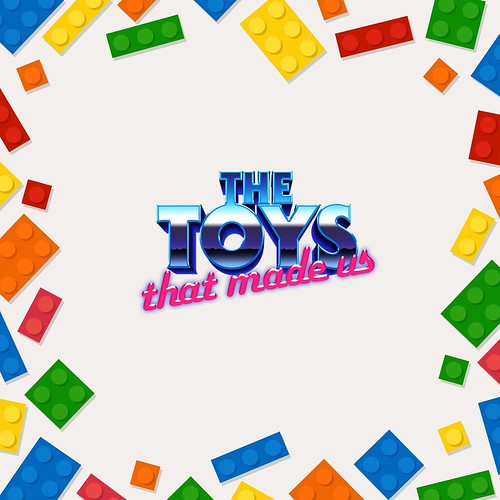 As always, the story is presented with enough humour and gentle ribbing at the subjects and interviewees, that it’s way more palatable than the average docuseries. LEGO is a perfect example of this ‘fun to learn’ concept and my son loved learning about the company’s origins, how Bionicle helped save the company and how the popular themes came into play within the system. My wife even learned a few new things about the story that she had surprising not absorbed from years of listening to me prattle on about the little plastic bricks. This even prompted her to start looking up her favourite childhood LEGO set. It was the 6972 Polaris I Space Lab in case you were wondering.

You see, my wife is partially responsible for my obsession with LEGO. When I was a kid I had nothing but basic bricks. I had absolutely no idea there was anything beyond that in the world of LEGO. When we started dating she pulled her old LEGO out of the attic so we could play with it and I couldn’t believe the parts there were. Satellite dishes. Macaroni pieces. Antenna! Anyway, a couple years later I was working full time and started buying myself LEGO Technic and other exotic (to me) sets. I bet she regrets that decision now!

The episode chronicles the rise of the LEGO company from a small family owned furniture turned toy maker to the multi-billion dollar, multi-national family owned juggernaut of the toy industry and highlights many of the bumps along the way. While I felt there were many interesting things left out, those are probably just boring stats and anecdotes that only useless information sponges like me would want to hear. The pacing of these episodes keeps things flowing smoothly and while I could’ve done with it being another 15-20 minutes longer, that would most likely be a mistake. 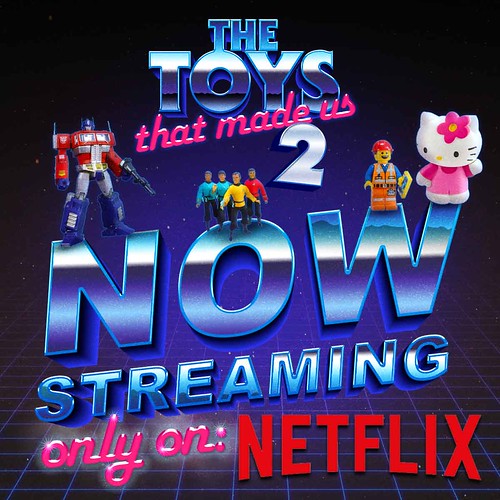 This show is obviously a labour of love for those involved with making it and a joy for those nostalgic for a walk down their own toy-filled memory lane or those looking to learn a bit about where these prized possessions came from and how they became the iconic pieces of popular culture they are today.

I look forward to watching the other three episodes over the next few days and I really hope they will make more in the future. I’d love to see ones for Voltron and Thundercats, but I don’t know if there were enough toys made. I’d bet there would be enough material to cover My Little Pony, Teenage Mutant Ninja Turtles or head across the pond for Doctor Who, but for now I’ll have to be content with the eight episodes we have.

One thought on “The Toys That Made Us – LEGO Episode Review”