Four years ago, The LEGO Movie was unleashed upon the world. Many were cynical of an entire film based around a children’s toy and figured it was nothing but a cash grab. After opening to nearly universal critical acclaim and a total box office of nearly half a billion dollars, it was clear that it was more than JUST a cash grab. It touched a nerve with audiences and they wanted more.

Finally after four years and two separate forays into different (and less successful) worlds with The LEGO Batman Movie and The LEGO Ninjago Movie, we have the first real bit of info on the sequel to the one that started it all. With an official release date of February 2019 (most likely the weekend of the 8th), it will be in theatres 5 years after the original. Calling it ‘The Second Part’ is just the type of pun I’d expect after watching the first film a half a dozen times or so. It’s hard to believe my son was only six when we took him to see it, but I’m sure he’ll look forward to the second part just as much if not more.

So far the main cast of Chris Pratt, Elizabeth Banks and Will Arnett are attached, but honestly all I care about is whether or not they intend to bring back Alison Brie as Unikitty. Her own show or not, the world needs more Unikitty! 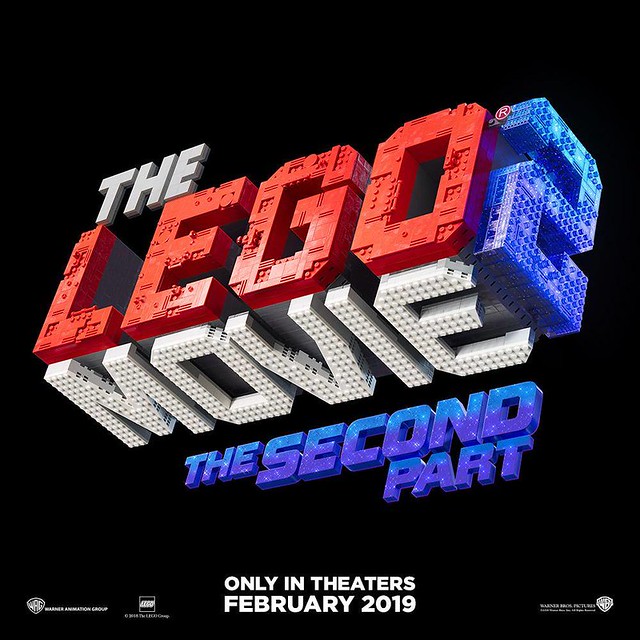