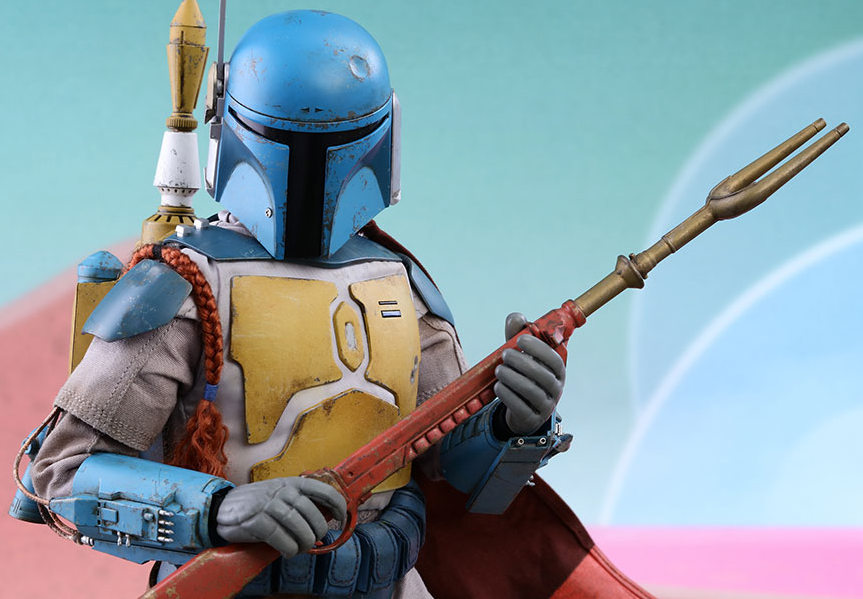 Most Boba Fettishists are probably well aware of the galaxy’s greatest bounty hunter’s debut in an animated segment of the Star Wars Holiday Special back in 1978. If you weren’t aware of this, then the image above may look a bit confusing. I’d suggest setting aside 100 minutes you’re cool with never getting back and finding a link to the special on YouTube or elsewhere. Just be prepared to hate Star Wars, yourself and me for suggesting it. Then come back and read on…

Wasn’t that… something?! I don’t actually hate the Holiday Special, but it does tend to draw a lot of vitriol from the “fans” of the franchise. For some reason, people seem to take a story about talking garbage cans, laser swords, Sasquatch co-pilots and space magic really seriously.

Anyway, Sideshow Collectables has made yet another $250 12″ Boba Fett. I have the Empire Strikes Back deluxe version and I pined over the Prototype White version and would have gotten it too if I had had the extra cash at the time, so it’s no surprise that I’d want this colourful bad boy too. I doubt getting this one is even in the cards for me, but that’s not what this ramble is really about. 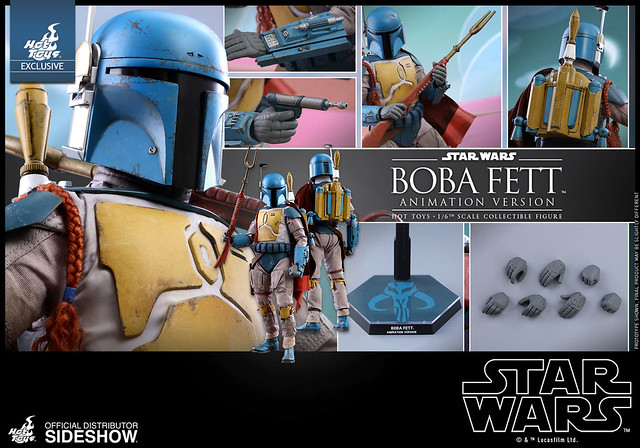 You see, LEGO has made a lot of Star Wars sets over the years and a whole lot of minifigures. One thing they are really bad at is getting variants out to the masses in a way that satisfies the fans and makes LEGO money.

There have been 15 different variations of  Boba Fett in minifigure form since they released the first one back in 2000. Many have hardly any difference from one another at all and some are the old style figs from the days of the yellow heads. There are three different young Boba’s and even two different versions of the white prototype armour.

So, why no animated version?

There have been action figures, bobble heads, minifigure/Playmobile knock-offs called Kubricks and now a $250 doll. There is clearly a demand, so what is LEGO waiting for?

This isn’t strictly a Star Wars issue. The Black Suited Spider-man was an SDCC exclusive, so only about 500 people worldwide were able to get a hold of this incredibly popular variant. Between taking forever to get to certain figures, never getting around to them at all or making them prohibitively unobtainable, LEGO has a problem they need to deal with.